Get fresh music recommendations delivered to your inbox every Friday.

Heart of the Shamans 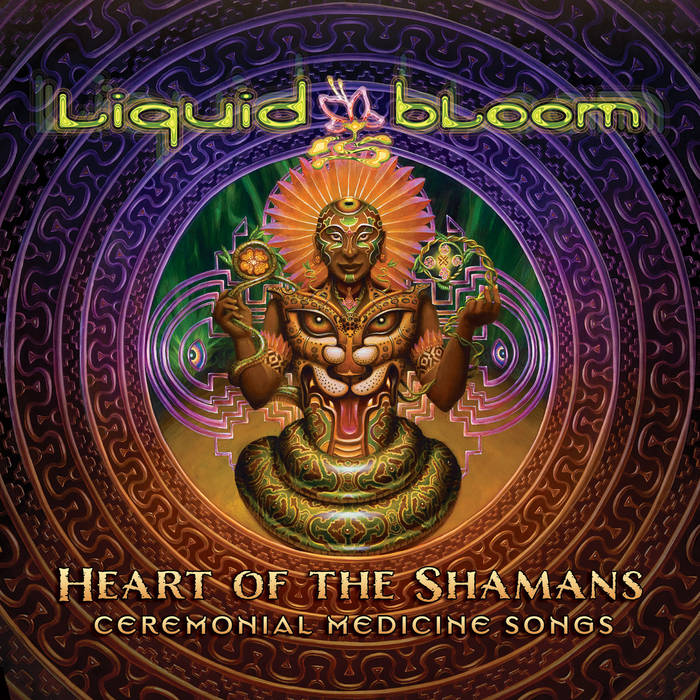 Heart of the Shamans was conceived as a sonic prayer, a lovingly-crafted ritual transport into the heart of the universe. A voyage through the energy centers of the body, this music is designed to support ceremonial trance states of awakening. Weaving powerful voices and instrumentation from around the world into a layered, multi-dimensional sonic tapestry resonant with ancestral depths, the music is inspired by such diverse sources as indigenous ceremonial dances of New Mexico’s deserts and pueblos, and sacred traditional ayahuasca invocations from Amazonian rainforest cultures.

The album’s liner notes offer guidance for participatory, immersive listening. A succession of mudras – traditional hand gestures from India believed to provide physical points of reference and increase energy flow throughout the body – are also suggested to enhance the participant’s experience, each specific to one of the album’s six major compositions.

Also included are two bonus remixes, of songs from Liquid Bloom’s debut album, Shaman’s Eye, which were created specifically for trance journeying. Their multi-layered currents of sound and chanting have been freshly remixed to embrace Ixchel Prrisma’s sacred medicine songs.

We would like to express our sincere gratitude to all the talented musicians and vocalists who have contributed their masterful art to this project. Deepest bows of respect to the lineage holders and ancient wisdom carriers of the traditional cultures that are woven into the fabric of this collaboration. Thank you to Vajra for allowing us to use his amazing artwork for the cover design, to our White Swan family for always supporting such medicinal music, and to Craig Kohland of Shamans Dream for his support and friendship over the years.

A portion of all proceeds from this album and from Shaman's Eye will be given to the Paititi Institute (www.paititi-institute.org)

Submerge into Full-Spectrum Medicine... Ixchel Prisma weaves all the colors of the rainbow into a deep and delicious sonic journey. Electronic beats and instrumental soundscapes are blended together with uplifting lyrics, wide ranging vocals, and poetry... Leaving your heart blasted wide open... ... more

Bandcamp Daily  your guide to the world of Bandcamp